This Campaign has Ended. Thank you for your support!

Since the rain began on May 15 the Caloosahatchee estuary has been experiencing increasing levels of harmful flows. The first 2 weeks flows were watershed runoff from Hendry and Glades Counties, with no discharges from Lake Okeechobee. However, the lake discharges that started on June 1st nearly tripled the harmful high flows to the estuary, (over 3.68 million gallons/minute or 5.3 trillion gallons/day) dumping dark fresh water and suddenly dropping salinities in the estuary all the way to the mouth of the river at Shell Point.

The consequence of this sudden, drastic, and prolonged salinity drop has been a massive die off of estuarine clams and oysters at Iona just upstream of Shell Pointe and is fueling freshwater cyanobacteria, including Microcystis, that is visible beneath the water surface from Beautiful Island by I-75 to Iona Cove.

This current event is the direct result of managing water selectively to allow agricultural landowners to dump their floodwater into Lake Okeechobee and into publicly funded stormwater treatment areas, thus forcing discharges harmful to public resources.

We need to express our strenuous objection to water managers and elected representatives because these harmful flows are the direct consequence of agricultural discharges that have resulted in harmful flows to the Caloosahatchee and St Lucie, without consideration of the flood consequences on these coastal ecosystems. It is premature to dump massive quantities of water to the estuaries at the very beginning of the rainy season when no water was being held by or discharged to agricultural areas to share the harm. Instead, agriculture on the east side of the lake and southwest of the lake have been allowed to backflow massive quantities of water into the lake instead of holding their own runoff. Quantities back flowed equal the amount that has been discharged to the estuaries that have also received too much rain. We ask water managers to identify these conditions and start requiring all landowners to manage stormwater on their own land, not dump it into the lake, not usurp the entire capacity of publicly funded stormwater treatment areas that harm public resources. It is past time to change the system. 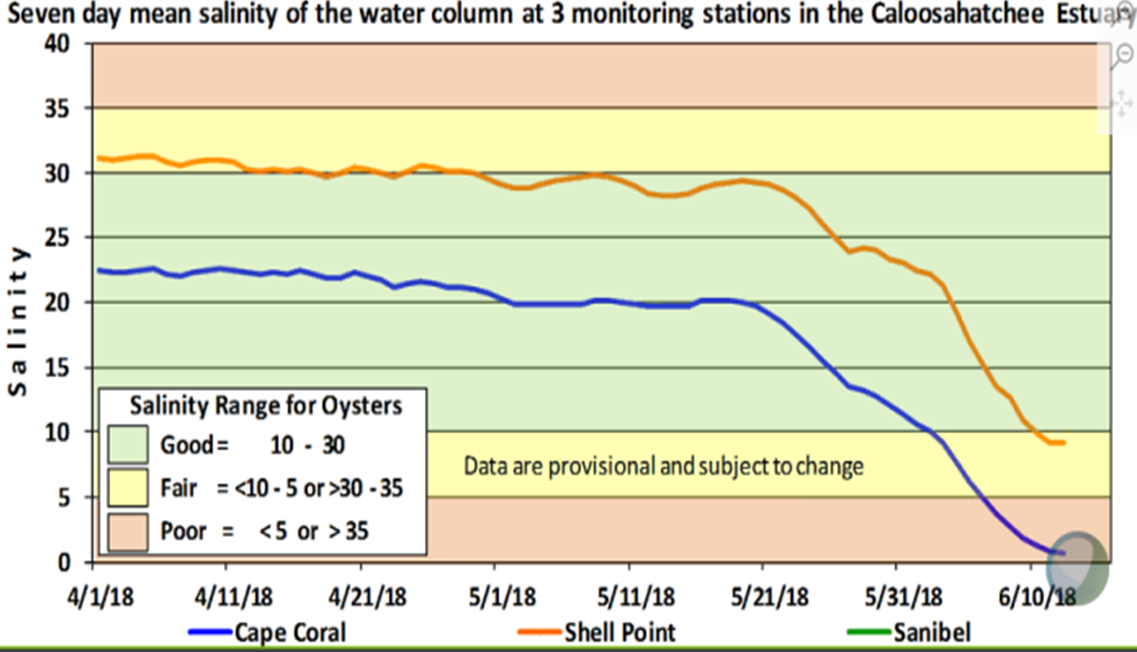 We encourage you to add your voice to our request of the state and federal water managers by taking action. Send this letter or edit the letter to craft your own message, just take a moment to let your voice be heard.