Please enter your information in order to send the message below to legislators in Rhode Island! 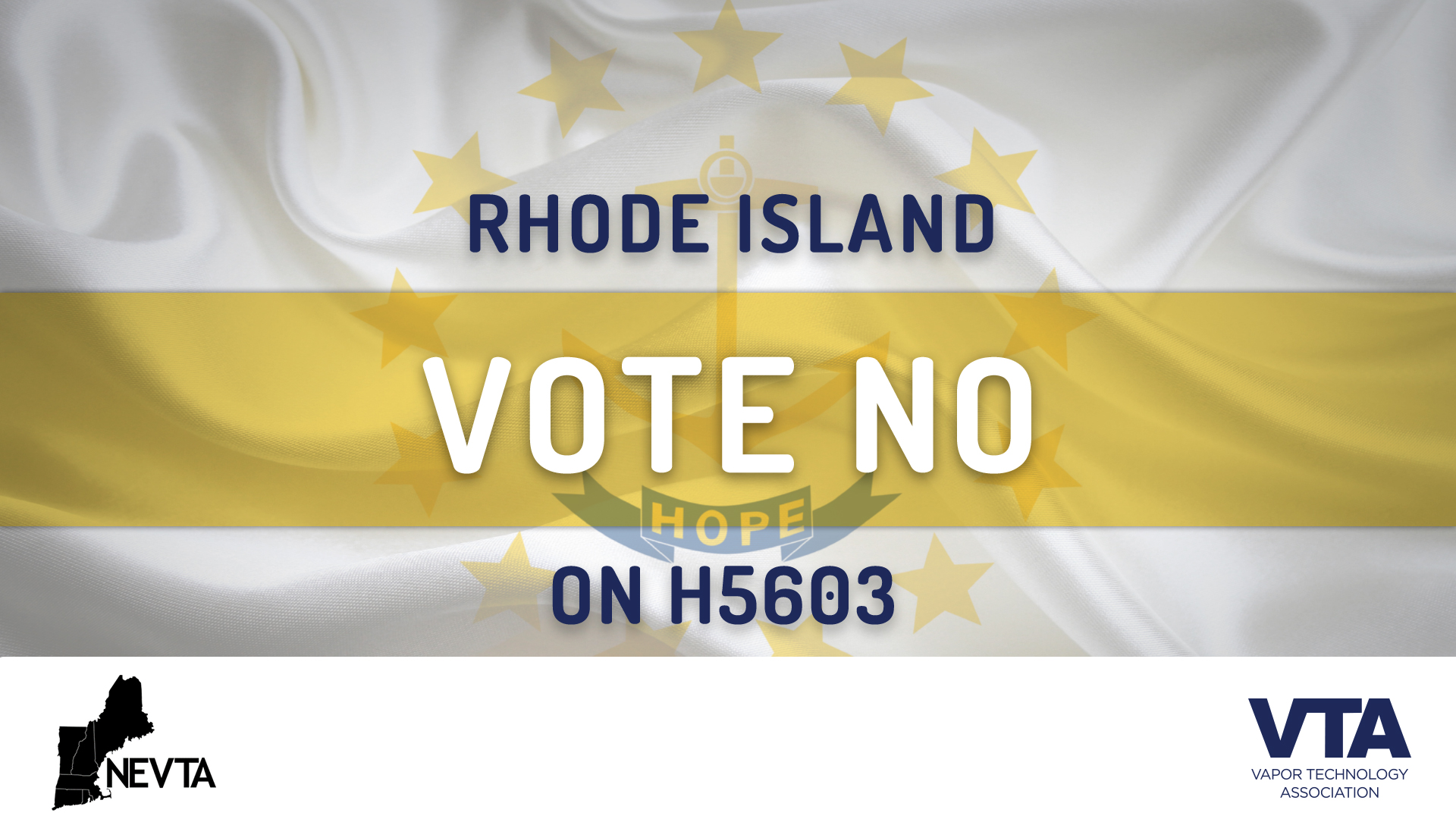 On behalf of vapor businesses in Rhode Island and the customers they’re trying to assist quit smoking, I am asking you to oppose H5603 which would strip the individual freedom of Rhode Island residents between the ages of 18 and 21 to utilize vapor products as a cessation tool.

Raising the age to purchase vapor products from 18 to 21 in Rhode Island is a misguided policy. According to the CDC, 90% of Americans addicted to cigarettes started smoking before they were 18 years old. The New England Journal of Medicine published a study which concluded vapor products are twice as effective helping smokers quit than traditional cessation methods like nicotine gum or patch. Outlawing Rhode Island residents addicted to cigarettes ability to purchase the leading cessation tool because of their age is an unfair policy.

Further, a March 2016 study by the Cornell Medical School found e-cigarette age restrictions led to an 11.7% increase in teen combustible cigarette use. Restricting access to vapor products, which are 95% less harmful than cigarettes, drives young adults back to deadly cigarettes and sends the message they’re as detrimental to one’s health than cigarettes.

It is irresponsible to perpetuate the messaging that vapor products are as bad for your health as cigarettes, when in reality they fall on opposite sides of the FDA’s harm spectrum. Vapor products represent the safest alternative to cigarettes and there is a plethora of scientific data affirming that statement:

It is time to recognize vapor products as the public health innovation that they are and the untapped potential they hold. Please VOTE NO on H5603 and preserve every adult’s right to try the leading cessation tool in order to quit deadly cigarettes.